With great performances, Rudnei stands out in China 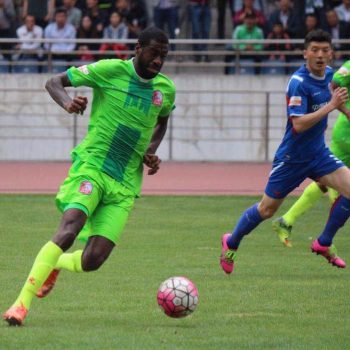 Brazilian Rudnei is doing a great season in China. Playing for Xinjiang Tianshan FC, midfielder has appeared in nine games and scored a goal in the draw with Hunan Xiangtao team.

His team is undefeated five rounds, and in the last three matches got out field as the winner, to beat the Beijing Renhe, Baxy Beijing and Dalian Yifang. At present, Xinjiang Tianshan is in 11th place in the standings in League One with 15 points scored.

– We got three important wins in sequence and we are already five rounds without losing. I have been adapted to the country, the club and the competition. I already had worked in Russia and Japan, and as we have two Brazilians in the team, also facilitated my adaptation, said Rudnei.

On Sunday (05), the Xinjiang Tianshan FC receives the Dalian Transcendence team, in a match valid for the twelfth round.