Wagner is announced in Tianjin Teda of China — pecbol.com

Wagner is announced in Tianjin Teda of China 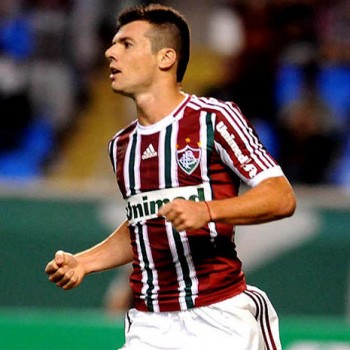 The midfielder Wagner is the newest reinforcement of Tianjin Teda to the second half of the Chinese Super League. The 30 years old player has signed contract for two seasons with the Chinese team witch already has in its cast with Hernan Barcos and Lucas Fonseca, both transferred to the Chinese football by Pecbol Sports.

The negotiations were conducted by FIFA Agents Ricardo Mello, Pedro Pereira and by businessman Rafael Scheidt.

Wagner was playing in Fluminense FC since 2012. Beyond the Rio of Janeiro club, the midfielder also played in Cruzeiro/Brazil, Gaziantepspor/Turkey and Lokomotiv Moscow/Russia.

The Brazilian midfielder’s debut may occur against the Shanghai East Asia on Thursday (16). Team that has the Argentine Dario Conca as a main player. Currently, the Tianjin Teda occupies the twelfth position in the overall standings.