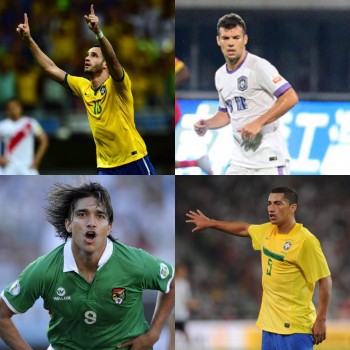 Will be given the start to the Super League 2016. With Chinese clubs reinforcing with big stars of international football, this season promises to be the biggest Super League of all time.

Pecbol Sports will be represented in several clubs, with players who play for their national teams and were highlights in the last championships played.

One of the contenders for the title is the Beijing Guoan team. For this season the club was reinforced with the best player of the last Brazilian Championship and member of the Brazilian national team, midfielder Renato Augusto. Another player who was hired for this season is the midfielder Ralf field, also passing by the Brazilian National Team. Both athletes arrived in China in negotiations conducted by Pecbol Sports.

Already the Tianjin Teda team has the midfielder Wagner, Pecbol Sports athlete, who arrived at Chinese club in mid season 2015. The Changchun Yatai has as its highlight, the Bolivian striker Marcelo Moreno, athlete in the last Super League scored 9 goals in the competition.

Next week also starts the China League One. The athletes Pecbol Sports, Japa and Rudnei, were taken to the Chinese football this season and will compete in this competition. After great season in Korea, the attacker Japa comes to China to defend the Meizhou Kejia. Rudnei midfielder who played the last Brazilian Championship by Avai will defend the Xinjiang Tianshan FC.