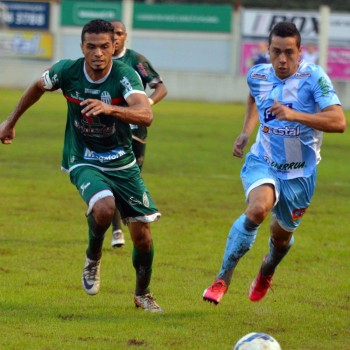 Always him. Ramon is confirming the excellent numbers of the Gaucho Championship on the current Brazilian Championship Serie D.

On Sunday (02), the CE Lajeadense thrashed Foz do Iguaçú FC 3-0, in match valid for fourth round Brazilian Serie D. The striker Ramon made a great match scoring in two opportunities.

The first goal came after Ramon believe the move, and almost no angle give a strong kick. The second goal started after good play of Cleiton on the right side of the field where he found the top scorer in the middle of the area, with category, Ramon concluded for opponents goal.

During the week before the game against Foz do Iguaçú FC, the striker scored three times in the victory over EC Novo Hamburgo in a friendly match.

With this victory, the CE Lajeadense reach 6 points won, getting the third position in the A8 Group. The next opponent will be the leader of the A8 group Volta Redonda FC, away match on Sunday (09).

Watch the goals and interview of striker Ramon: http://g1.globo.com/rs/rio-grande-do-sul/jornal-do-almoco/videos/t/santa-cruz/v/lajeadense-consegue-vitoria-importante-na-serie-d-do-brasielirao/4366268/