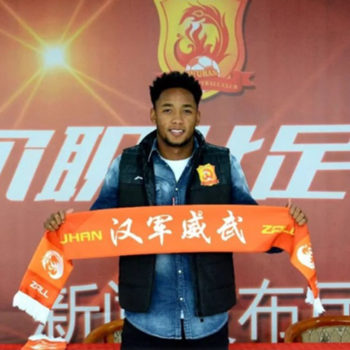 Champion and top scorer of the Champions League Asia 2017 by Urawa Reds of Japan, striker Rafael Silva, 25, is another Brazilian player who signs with a Chinese club through Pecbol Sports. He was transferred to the Wuhan Zall with a three-year contract.

Last year, for the Japanese team, Rafael scored 12 goals in the J2 League and 9 in the Asian Championships in 11 games. The negotiation of the athlete was conducted by agent Rafael Scheidt.

“Rafael had an excellent season in Japanese football and achieved good numbers in the Urawa Reds. The performance aroused the interest of the Chinese and we managed to make a good negotiation for the athlete”, said Scheidt.