Lincoln is selected to the tournament in Venezuela — pecbol.com

Lincoln is selected to the tournament in Venezuela 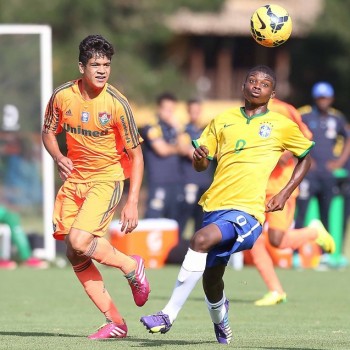 The coach Guilherme Della Dea selected the U-15 Brazil nacional team that will compete in the under 15 International football-tournament  – Natalicio Del Libertador Simon Bolivar.

Again, the striker Lincoln is in the squad to represent the Brazilian nacional team. This is the fourth convocation of the Flamengo team striker.

The tournament will be held from 18 to 24 July, in the city of Maracaibo, with the participation of Brazil, Colombia, Peru and Venezuela.