Josimar is negotiated with Arab club 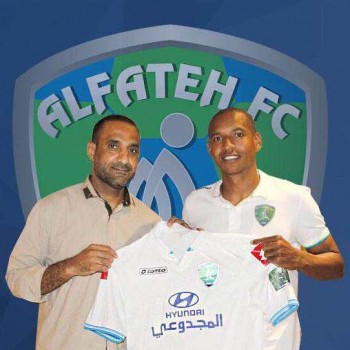 The striker Josimar has a new home. The athlete is the newest reinforce for Al Fateh of Saudi Arabia.

Clube Nautico year’s top scorer Josimar leaves the Brazil team with eight goals scored and occupying the fourth position in the overall standings of the Brazilian Serie B.

Josimar built much of his career in Asian football, playing for seven seasons in Japan. In Nipponese land, he defended clubs like Ehime FC, Ventforet Kofu and Verdy Tokyo. He returned to Brazil to be Vice-Champion of the Gaucho Championship with the CE Lajeadense. Even in Brazil, also played for CSA Alagoas and Atlético Goianiense.

The player is already in Tunisia, where his new team will do the pre season. In the Al Fateh, Josimar will have the company of another brazilian player, the midfielder Elton who had played in SC Corinthians and Sport Recife.

The debut in official matches should be on August 15 against the Al Nahdha at the opening of the Prince Cup.