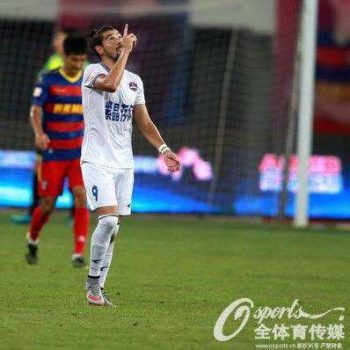 Japa Forward found the net once again from opponents in China. The victory of Meizhou Kejia over Zhicheng Yiteng by 2-0, the Brazilian forward scored his ninth goal of the Chinese League One.

At 30 minutes the second half, have received a beautiful pass and touched the goalkeeper output, giving final numbers to match.

-We were a few matches without a win and today we make a good match, ensuring three points in the table. I am happy that I scored another goal in the competition, but even happier by the victory of our team, Japa said.

Currently, Meizhou Kejia team occupies the eleventh position in the standings with 23 points earned. The team returns to the field on 30 July, when traveling to face the Hunan Xiangtao team.