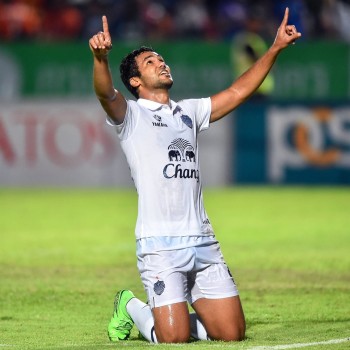 On Saturday (28), Buriram United won an important game against Bangkok United for 3-0 in a valid game for Premier League in Thailand.

One of the goals of de match was scored by striker Jandson. His goal came after a cross, Jandson headed with extreme category, giving final numbers to the game.

Jandson has returned to the team in this game, after recovering from a muscle injury. This was the first goal by striker in official matches for Buriram.

With more this win, the Buriram’s team draws in points with the leader Muang Thong, but getting in the second place the number of victories.

The team comes back into the field on Wednesday (30), when it plays against the Army United team for League Cup.