Hyuri is hired by Chinese club 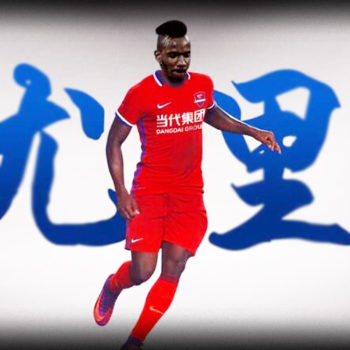 In more one negotiation carried out by Pecbol Sports, last Tuesday, February 28, in partnership with Agent Rafael Scheidt, forward Hyuri, 25, who was at Atletico-MG was transferred on loan to Chinese football. In the Asia, he will defend the Chongqing Lifan team, it club that plays in the China’s first division.

In addition to Hyuri, Pecbol Sports had also conducted and finalized the negotiation of Forward Marinho, who left in Vitória-BA, where he was one of the highlights of the Brazilian Championship last year, by Changchun Yatai. Both were the only Brazilians to play in Brasileirão Serie A clubs in 2016, who ended up going to Chinese football in this transfer window, which opened on January 1 and ended on February 28. In addition to them, Argentina’s Carlos Tevez also moved to China, closing the list of the only three South American players that went to the Chinese football elite in this window.

On the lower demand for Chinese by the Brazilian football early this year, Ricardo Mello said it was expected to decrease in interest by players from Brazil. “It was something predictable, for two reasons: their level of demand has increased a lot and they are going to get a lot of players Europe, which are evident there, as are the cases of Oscar and Pato … The quality of Brazilian football also declined, our raw material is scarce and so they are looking for other alternatives.”