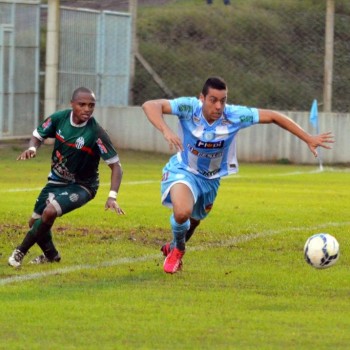 He doesn’t stop making goals. In the victory by Lajeadense for 4-0 against Central for Serie D Brazilian Championship, Ramon, the top scorer by Lajeadense in the season needed only twenty five minutes in the field to score twice and he helps him team to get a big advantage to the next match in Pernambuco.

With more these two goals, Ramon reaches the fourteenth goals in this season for Lajeadense. His goal average in Brazilian Championship is awesome. In 296 minutes who the forward was in the field, he scored 7 goals, the average is one goal for each 42 minutes.

The defender Laércio, holder by team, again realized a excellent game being one of Lajeadense highlights in this important victory.