Everton is one of the highlights of the Brazilian Serie B — pecbol.com

Everton is one of the highlights of the Brazilian Serie B 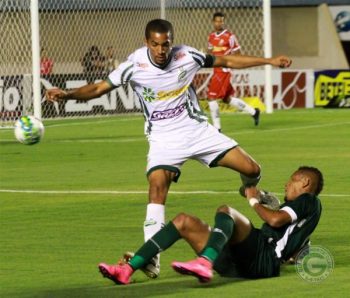 On the Tuesday (26), Luverdense team achieved an important draw at 1-1 with Goias, outside, in the final minutes of the match. The match was valid for the eighteenth round of the Serie B. The defender and captain Everton made an excellent match.

Present in all matches of his team in the national competition, the defender is one of the highlights of the Luverdense and in the Brazilian Serie B. His performances has attracted the attention of clubs in Serie A and from abroad.

The defender of 26 years, arrived at the club in April 2015. Since then, played over 70 matches for Luverdense, winning the state title this year.

-I’m happy for my performances here in Luverdense. I was out only three games (suspensions for cards) since I came to the club and we managed to be state champions this season. We are always looking for something more, a better place in the table and also that our performances are recognized, declared Everton.

Everton will be on the field again on Tuesday (02), when the Luverdense EC receives the CRB team, 21.30 at the Stadium Passo das Emas in Lucas do Rio Verde / MT.