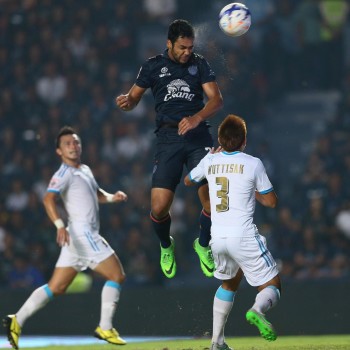 Another goal for the score. Jandson striker mantains his routine to score goals with the shirt of Buriram United from Thailand.

On Sunday (18), Buriram team thrashed the TOT team for 5-0 in the Thai League. The third goal in the match was scored by Jandson striker, his seventh goal in the last four games.

The goal came after free kick with perfection on the left wing. Jandson jumped more than all the defenders and headed strongly into the net.

The team returns to the field in this Wednesday (21), when it faces the Army United team in the semifinal by Toyota League Cup. In the first match of the decision, the Buriram team won for 3-2, with two goals scored by Jandson.