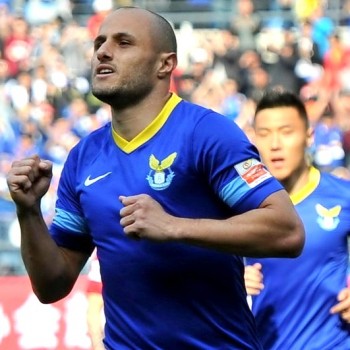 Last Saturday (17), Dalian Aerbin FC thrashed the Qingdao Hainui for 3-0 in a match valid for the twenty-eight round of Chinese League One.

Bruno Meneghel forward left its mark, he scored more one goal. He achieves the expressive mark of 19 goals in the championship. He is taking up the third place top scorer in the League.

At this moment, Dalian Aerbin team occupies the third place in the standing of the championship, two points behind the second-placed, Hebei CFFC.

In this next round, the team travels to face the Nei Mongol, opponent witch has in its cast the Brazilian players Dori and William Paulista.