18 goals in an excellent season in Thailand!! — pecbol.com

18 goals in an excellent season in Thailand!! 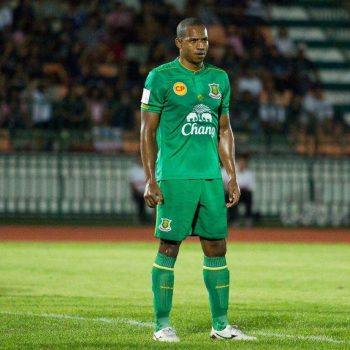 The season in Thailand was special for Josimar. The athlete arrived in Thailand after passage through the Arab football. In Thai lawns he was able to show its full potential. Defending Army United team, the top scorer swayed the opposing networks in eighteen opportunities, being one of the highlights of the competition.

The striker was responsible for 47% of the goals of the Army United in the season, the highest percentage athlete / team among all participants of the League Thai.

-It was an exceptional season for me. I managed to give my best in every game and as a result it ended the season with 18 goals. For the club and the country was a difficult year since the death of King greatly affected our club and players. With the end of the season it’s time to come home, relax and enjoy the family because I’ll soon be back to lawns, doing what I love most, said the striker.

Josimar has received probe from several clubs in Asia. Soon we will announce his destination for next season.